MY FATHER IS MY MOTHER'S BROTHER

Tolik, an artist in the Ukrainian underground scene, is raising his niece Katya, a stubborn little girl who has taken to calling him Dad. Her mother, Anya, is both at the heart of the film and almost doomed to the fringes, adrift between solitude and stays in a psychiatric hospital. The film seems to float, like the melody of one of Tolik’s songs, like Anya’s blank gaze, between the daily and domestic scenes of life to sequences of stage performances, whereas the soft, white light created by Vadym Ilkov bathes the trio’s life in beauty that softens the tension. With this first feature-length documentary, he directs a moving family portrait, which is simple and delicate, revealing the ties that bring together and the flaws that separate. Attentive to moments of respite, silence and solitude, but also to gestures of creation—Katya’s games, drawings, pictures, Tolik’s songs—the film takes from a coming-of-age story as much as from an artist's portrait, and captures the fragile beauty of a father-daughter relationship in its universality.

more about: My Father Is My Mother's Brother 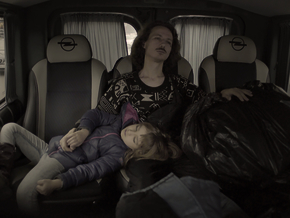 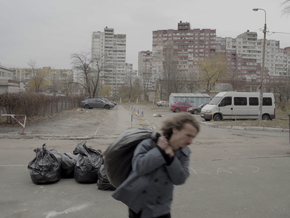 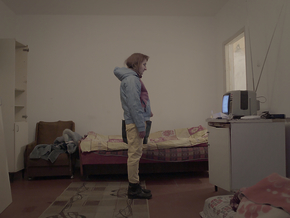