THE THINGS WE KEEP

Casey is a reporter, going into dangerous regions of the world; Alessandro a filmmaker from Rome. Told through their video correspondence, The Things We keep offers an unusual, amusing and heart-breaking vision of the major struggles of the last decade: Middle-East conflict, migrant crisis and economic turmoil. Casey has been sending footage from around the world to his friend Ale for 12 years. Horrific and hilarious moments from his reports, too unconventional for the news he makes for Al Jazeera, have all ended up with Ale. Through Casey's eyes, he discovers that behind the labels of 'islamist,' 'immigrant,' 'the poor,' are people with their own names and aspirations. Casey has met them over the years, while his friend has combined their lives in one story full of humanity.

more about: The Things We Keep

The Spanish director is due to screen the world premiere of his documentary about the famous Italian architect in Bologna. The festival dedicated to life stories is due to run from 14 to 21 June 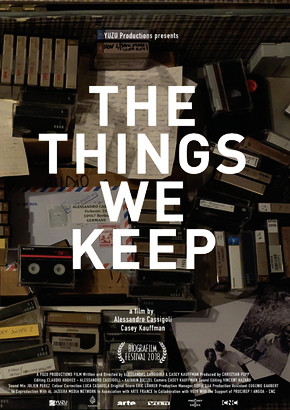