Murdo, 15, and his father, Tom, journey from Scotland to North Alabama to visit their American/Scots relatives after the death of his mother. Murdo is an accordion player but has not played since his mother passed. He meets an old lady called Queen Monzee-ay who plays accordion. She rekindles his interest in music and invites him play a gig with her. The music becomes a wedge which drives itself between him and his father, who out of the best intentions tries to control him. Eventually Murdo transcends his father and follows the music.

more about: Dirt Road to Lafayette

A glance ahead at the 72nd Edinburgh Film Festival programme

The latest edition of the festival, taking place from 20 June to 1 July, puts a strong focus on new British films 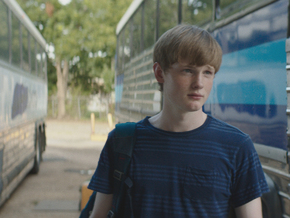