The documentary questions what it means to be a son of Isis in Iraq today, a country that has fought a merciless war and is looking to heal.
Under Isis’s ideology, children were seen as the bedrock of their dreamed of Caliphate, governed by an extremist interpretation of Islam. The production followed the children of the Isis militiamen, trained to fight and to become suicide bombers, and remained with them to follow their fate after the war.
It examines whether Iraq will be able to accept Isis orphans and widows as it tries to heal and reconcile the population, or whether violence and retaliation will prevail.
The film never went away when the war ended, and they lost. It stayed to follow their fate in the aftermath of the war, a post-war of marginalized widows and children where the blood of battle leaves room for vengeance and daily retaliation, where violence is the only response to violence,” read the announcement.

more about: ISIS, Tomorrow. The Lost Souls of Mosul

VENICE 2018: Francesca Mannocchi and Alessio Romenzi have made an insightful documentary on the consequences of children being turned into weapons of war by ISIS in Iraq

“Am I doing anything to improve this situation?”

VENICE 2018: We chatted to award-winning Italian journalists Francesca Mannocchi and Alessio Romenzi, whose film ISIS, Tomorrow. The Lost Souls of Mosul is playing out of competition 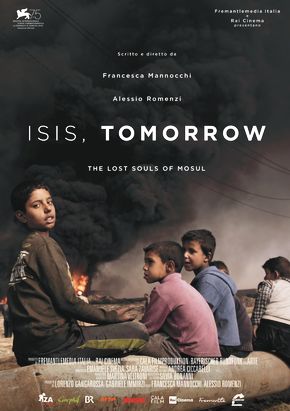 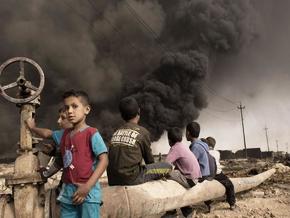