D IS FOR DIVISION

On an archival black and white photograph, a Latvian woman – Hermine Purina, the first
victim of the Soviet invasion of Latvia in 1940 – is trying to save her son Voldemärs by covering him with her own body. This photograph became an inspiration for contemplating over film’s boundaries – geographical as well as metaphorical. Russians and Latvians sense the import of historical realities, captured by the photograph, in completely different ways. One side associates it with the liberation and the beginning of the victorious war, for the other it means the loss of freedom and the presence of invaders. One side celebrates, while the other grieves. An explosive testament about the tension on the eastern borders of the EU.

more about: D is for Division

Review: D Is for Division

Davis Simanis’ documentary, which had its Nordic premiere at Reykjavik, explores the relationship between Latvia and Russia, placing the border between the two countries centre stage

Reykjavik zooms in on the Baltic states

Three Baltic countries enjoyed a special focus at this year’s Reykjavik International Film Festival, on the occasion of the centenary of their independence 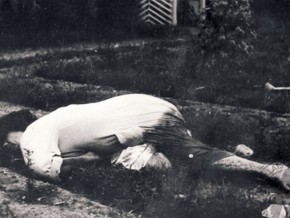 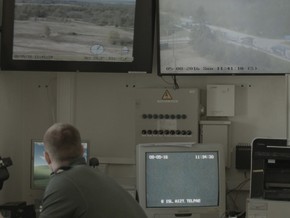