Nestled among beautiful mountains, forests and streams, Spokesville is a very special little town, mainly because it's inhabited entirely by... adorable bikes! Our hot-shot protagonist is Speedy, a mountain bike who's as courageous and adorable as he is fast and who works as a postman for the local post office. His best friends are Pinion, a city bike who dreams of becoming a documentary filmmaker, Gassy, a chirpy bicycle pump who runs the local mechanic's workshop and Montana, a beautiful, smart and intrepid girl bike, who's never afraid to say what she thinks. Spokesville is a magical, multicolored town, with clean air and spotless streets. Life for the bike citizens is idyllic, until one day, a new and surprising gizmo, the gas engine, comes to town. What follows is a thrilling, hilarious adventure, that will see Speedy become the unwitting leader of a group of environmental activists, who are determined to stop the gas engine from polluting their unspoilt haven. To protect their town, the group will have to stand up to the two evil bikes behind the engine, bankers Romulus and Remus, as well as their protégé, Rock Bikeson, a local racing champion and Speedy's idol. Will our hero Speedy be able to save Spokesville?

more about: Bikes. The Movie

This educational family film in 3D animation, produced by a team which spans three continents, looks to instil a sense of respect in children vis-à-vis the environment and the fight against pollution

China and Spain commit to co-productions 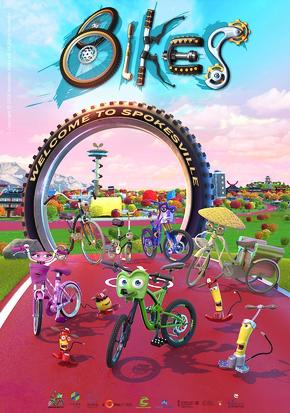 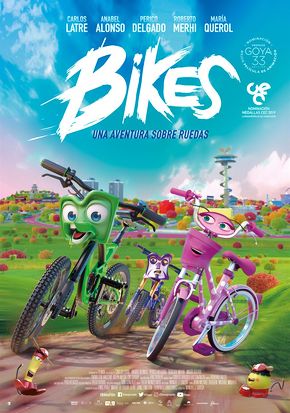