Ludovica, Tommaso and Raffaele have grown up, fostering the myth of the intellectuals of the 60s and 70s, as well as the idea of armed militancy. The three guys, who are about twenty, cultivate their humanistic and revolutionary ideals. They live in an apartment that they use as a lair, serving them as a protected environment, also fulfilling their wish to escape. In the apartment the three decide to banish all technological devices and expressions of contemporary language, organizing autonomous study programs, in contrast with the university, living without any rules or obligations, and planning to write a novel. The three live in harmony, they explore fearlessly their erotic impulses and mutual emotions: theirs is a relationship of love and friendship. After learning of a rape against a fifteen-year-old girl by a fascist group, the three plan to carry out a revenge attack, in the name of the ideals they believe in. During the aggression, however, they will kill an innocent young boy: a dramatic accident that will challenge their convictions and reveal the contradictions inherent in their relationship.

more about: The Revolution

The first work by Naples’ Joseph Troia marks a brave and original debut, shored up by convincing performances, watertight writing and an attentive directorial approach 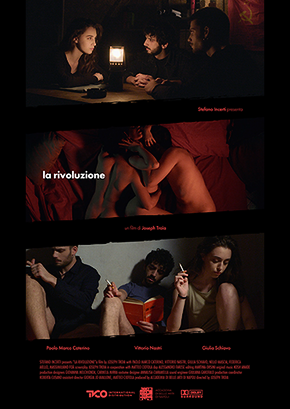 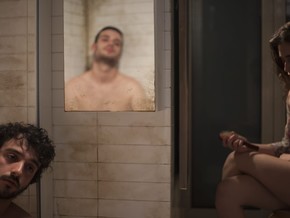