16 years ago a peasant women living in the mountains of southern Turkey created a theatre which later turned into a film, The Play. They acted out their own life stories in their village and the play changed their lives. Now they hit the road with an adaptation of Shakespeare’s King Lear, travelling on the dusty and risky roads to the remotest mountain villages where even water can barely reach. On the road, their lives merge into the world of King Lear and become bound up with 'the good and the bad', 'the young and the old', 'the rich and the poor', 'the honest and the dishonest’ of the play.

The 14th Meetings on the Bridge hands out its awards

The winners of the Istanbul Film Festival’s co-production platform include the upcoming projects by Zeynep Dadak and Myriam El Hajj, and Pelin Esmer’s new documentary

Istanbul’s Meetings on the Bridge readies its 14th edition

This year’s Glocal in Progress has a Lithuanian, Greek and Turkish flavour

SAN SEBASTIÁN 2018: Three projects shot in non-hegemonic languages have been presented at the second edition of the Basque festival’s industry activity 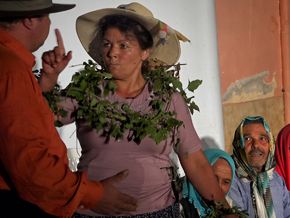