A young woman wakes up in a hospital bed. She has a broken leg, she is also disoriented and can’t remember anything. The room she is in has no windows, only a huge mirror lining one wall, although she can’t see her reflection in it. With her is a man who introduces himself as Dr Green, a criminal profiler. He explains to the girl that her name is Samantha, that she has been kidnapped and kept prisoner, but managed to escape, and that his job is to find the kidnapper. However, the hunt will not take place in the outside world, but in Samantha’s mind. White reveals to Samantha that she is no longer thirteen, which was her age when she was kidnapped, but twenty-eight. With his help, she gradually starts to recall certain episodes from her captivity. In a city overcome by a ferocious heatwave, where the people have taken to sleeping during the day, and leaving their homes only at night, a private detective called Bruno Genko, who has spent years investigating Samantha’s disappearance, learns of her liberation. Now, stricken with a heart disease, the detective has only two months to live, but nonetheless, he takes up the hunt once more.

more about: Into the Labyrinth

Shooting is underway in Rome on the new thriller by the writer Donato Carrisi, following the resounding success of his directorial debut La ragazza nella nebbia at the Italian box office 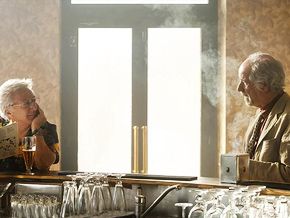