THE PALLONETTO BULL. THE REAL STORY OF JOE ESPOSITO

The film intends to shed light on a character known only by a few specialists in the world of boxing: Joe Esposito, The Bull of Pallonetto. Through his lifestory, some of the most important events of the 20 th century are explored: from fascism to liberation, from migration towards America to the Soviet invasion of Hungary. The legendary figure of Joe was unjustly tainted for years by betting scandals; but Giuseppe Esposito represents an exemplary figure for the city of Naples: a man of humble origins who fought to build himself a future, succeeding in resisting and fighting against all adversities of an unfortunate destiny. 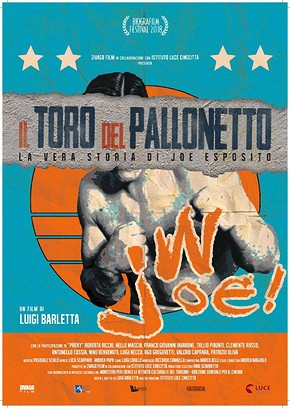