MAREK EDELMAN... AND THERE WAS LOVE IN THE GHETTO

Imagine that the city where you were born is suddenly split in two, with a better half and a worse half. And you’re enclosed in the latter, by a wall 3 metres high, with broken glass and rolls of barbed wire along the top. If you cross it, they’ll kill you. If you stay, you’ll slowly die of starvation anyway. That is precisely what happened in Eastern Europe, in Poland’s capital city of Warsaw in the 1940s. “Why does nobody ask me if there was love in the ghetto? Why is nobody interested?” asked Marek Edelman, resistance fighter and the last leader of the Warsaw Ghetto Uprising, shortly before his death in 2009. In this film, he answers that very question, telling us that good and beauty did exist in the hell of the ghetto. And there was love, too. That was of the greatest value - even greater than life itself. A strong, unconditional love where you are prepared to make the ultimate sacrifice and give yourself completely to another person, body and soul.

more about: Marek Edelman... And There Was Love in the Ghetto 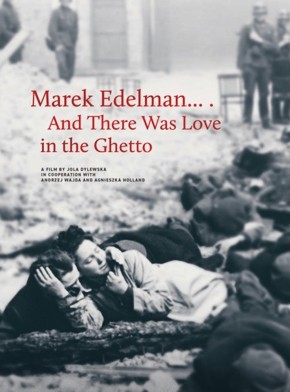