A city bus driver discovers that his father, who abandoned him thirty years earlier, has, at the moment of his death, left him an inheritance: the throne oa a near-Medieval Kingdom. After finding himself leading - and endangering - this sectret community, the bus driver will fight thje Italian state to save it and win its independence. In so doing, he finally sheds his inferiority complex towards his father figure, and at long last heals the wounds of his abandonment.

Among the titles presented on 6 December will be the new films by Gabriele Mainetti and Sergio Rubini. Also on the menu are 19 co-production market projects 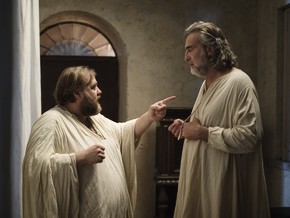