OUR LAND, OUR ALTAR

Aleixo, a neighbourhood in Porto, is inhabited by low income communities and workers, and is known as a drug centre. Sitting in one of the most beautiful hills overlooking the river, the neighbourhood became a target of both political and economical powers, and its demolition became unavoidable. This film portrays a community on the verge of being dispersed, ripped from their houses and sense of belonging. It mourns a way of life, and class identity, while depicting the inhabitants’ dignity and force to carry on.

more about: Our Land, Our Altar

Screening more than 60 films from 20-29 November, this year’s hybrid edition reinforces the festival’s support for Portuguese and Portuguese-language productions

The gathering has revealed its line-up of films set to launch digitally in June and in cinemas in the autumn; the 115 movies of all lengths come from 50 countries and represent 49 spoken languages 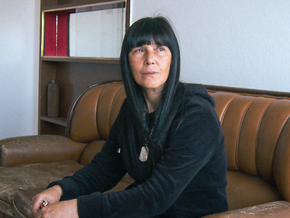