Hundreds of performances, theater troupes; myriad encounters, words, passions and regrets, clashes. From the political theater of the early 1970s to the theater troupes and ‘Third Theater’ of the ‘80s ; along with the actor’s theater, performance theater and up to the No Theater Festival: the festival of the arts at large. The Santarcangelo Festival perfectly reflects the changing trends in the performing arts in our country and plays an important role in our artistic, political and social history.

"A festival reaching out into the future of the performing arts" 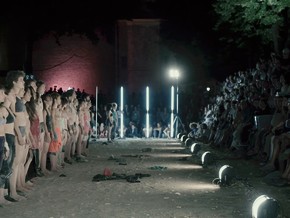