Son of the war, born of a Neapolitan girl and of an American soldier after World War II, raised in the outskirts of Naples, of which he witnessed the transformation from countryside to suburb, in a fifty-year long career James Senese has searched for an identity in a changing world, pouring his conflicts into his music. The documentary paints a portrait of the man and the artist, finding the beating heart of his trajectory in the formation of the band Napoli Centrale in the early seventies, and investigating the latest evolution of his musical project. 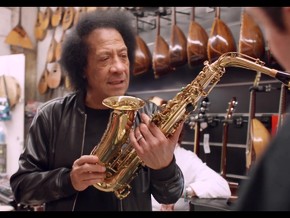