RADIOGRAPH OF A FAMILY

“Mother married a photo of Father,” says director Firouzeh Khosrovani in the opening of this deeply personal documentary. She’s not speaking metaphorically though. Her mother Tayi literally married a portrait of Hossein in Teheran—he was in Switzerland studying radiology and was unable to travel back to his homeland for the wedding. The event illustrates the abyss that still exists in their marriage: Hossein is a secular progressive and Tayi a devout, traditional Muslim. But this family history is also a sort of x-ray, laying bare the conflicts of Iranian society in the run-up to, and aftermath of the Iranian Revolution in 1979. Besides Khosrovani’s commentary, we hear letters being read aloud and recollections of conversations between her parents. At the same time, we see photographs and videos from the family archive. These fragments of intimacy are interspersed with stylized shots of the filmmaker’s parental home, its altering decor and furnishings subtly reflecting each new phase in her parents’ conjugal life—and in Iranian society.

more about: Radiograph of a Family

The 7th edition of Beyond Borders announces its line-up

A total of 30 films will compete for prizes at the international documentary film festival focused on historical and cross-cultural events, trends and acclaimed personalities

Review: A Night of Knowing Nothing

CANNES 2021: Payal Kapadia takes a look at the anti-caste movement in her Golden Eye Award winner, showing that sometimes, it’s easier to protest in the streets than at your own home 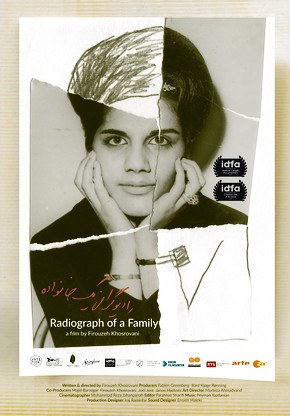