From the two time academy award winning producer and writer of Green Book and Inspired by true events, comes a film about a childhood friendship torn apart by a horrible empire set out to destroy everything in its path. A brave woman at a time of dire prejudice risks her life and the life of her family to save her best friend who is hunted down for her religious beliefs. This epic portrayal takes place at the turn of the century in Constantinople, taking us on an emotional and musical journey. A film of love, hope, courage, deceit and pain - And music, a film just as much about music...Ancient pagan music. Music that would bind an entire people to the heavens and the earth, to the rivers and the stars. The music of Komitas, also know as Solomon.

more about: Songs of Solomon 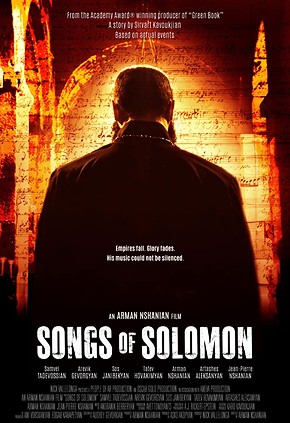