The Mediterranean Sea has always been a crossing point allowing people to find welcoming shores and a better future. During and after the World War II the Jews who survived the Shoah crossed it from Italy to get to the land they left 2000 years before, Palestine or, as they preferred to call it, Eretz Yisrael. In fact, Italy - responsible of Fascist Racial Laws during the war - later granted them protection and the possibility to leave from their coasts. Great Britain took position against the mass migration, fearing the Arabs in the Region would become a minority irritated by the circumstances. Ben-Gurion charged the Mossad LeAliyah Bet, the ancestor of the Israeli Secret Intelligence Service, with the operation of bringing to Eretz Yisrael the greatest number of Jews and lobbying for the recognition of the State of Israel among the International Community. Yehuda Arazi and Ada Sereni were leading the operation. The director met witnesses and experts as well as Yehuda Arazi and Ada Sereni’s heirs in order to retrace this political thriller and at the same to tell a touching story. 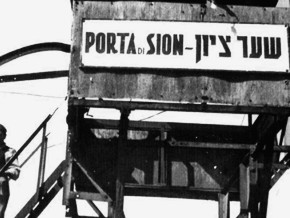 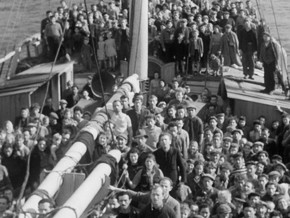