Monika is in her late forties and works as a freelance curator in Frankfurt. Her sharp tongue and witty comebacks often get her into trouble. When Monika unintentionally gets caught up in a raid near the train station, she makes the acquaintance of Josef, a Congolese businessman. He's about 38 years old, though neither he nor anyone else knows for sure. Josef is a diamond dealer and is looking for people to invest in a mine in Congo, but in the meantime he keeps himself afloat with various import/export ventures. He can speak five languages and is applying for asylum - though he constantly struggles against the stigmatization and bureaucratic obstacles he faces. Their coincidental encounter leads to a passionate love affair between two people whose lives could hardly be more different. And although they both believe they can fight the world together like "Bonnie and Clyde", a feeling of mutual mistrust gradually develops. Slowly but surely, their relationship turns into a battle ground for post-colonial conflicts.

"Entering the Congolese diaspora is something I found very challenging"

The German director discusses the inspiration behind her feature debut, its making and the challenges she faced 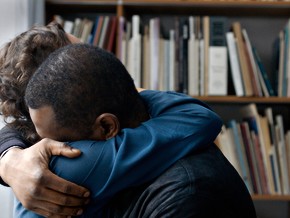 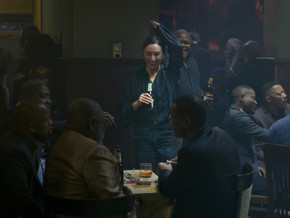