THE STORMS OF JEREMY THOMAS

Documentarian Mark Cousins embarks on a 1000 km road trip from London to Cannes to film and interview the UK producer- film maker, Oscar winning - Jeremy Thomas. Each year for the last 45 years Jeremy Thomas has made this annual pilgrimage to the Cannes film festival (the first one with his film director Father). This off-beat grand tour will take in landmarks and people connected to the producers films and life. From Locations in Paris used in Bertolucci's The Dreamers onto Lyon, the birthplace of cinema, and finally onto the Cannes film festival. We celebrate the high profile collaborations Jeremy has made with many auteur international directors on films such as Dogman, Crash, The Last Emperor, Merry Christmas Mr Lawrence and many more.

more about: The Storms of Jeremy Thomas

Review: The Storms of Jeremy Thomas

CANNES 2021: Mark Cousins makes a disappointing doc about the producer of The Last Emperor, Naked Lunch and High-Rise

Interview: Mark Cousins • Director of The Storms of Jeremy Thomas

“We are all aliens from the planet Cinema”

CANNES 2021: With this and The Story of Film: A New Generation, the festival is giving the Northern Irish director the ultimate double bill this year

After a pandemic year, the Breton seaside town is hosting the 32nd edition of a revamped festival including the Hitchcock d'Or competition and a Joanna Hogg retrospective 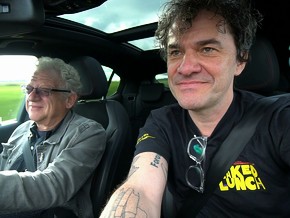