NO MAN IS AN ISLAND

A documentary portrait of a group of people who had served in the Yugoslav National Army just a few years before the war in the ex-Yugoslavia started. They served a year on the island of Vis, at the time called “The Fortress of Adriatic” because of its strategic position and numerous military installations all over the island. Vis was one of the two Yugoslav islands that foreigners were forbidden to visit. In a very small military barracks on the edge of the island, far away from any civilization, bizarre things started to happen. Thirty years later, ten former soldiers from the same military barracks remember the events. They are of different nationalities – from Croatia, Serbia, Slovenia, to Montenegro – which will be at war with each other just a few years later. Their stories subtly reveal why it is no wonder that Yugoslavia as a country fell apart.

more about: No Man Is an Island

The helmer’s seventh feature is an autofiction centring on his father, Jure, widely known for his sailing adventures 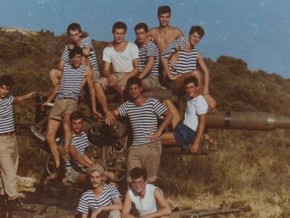