Starting a new job as a political journalist at a leading newspaper, Ulrik Torp witnesses a brutal struggle for power in the Midparty's ranks – a struggle that coincides with the party's charismatic leader's involvement in a near fatal car accident. A flurry of lies and media speculation surround the incident. Gradually, Ulrik unearths a ruthless conspiracy involving the incumbent prime minister and becomes obsessed with bringing the truth into the light. But neither his colleagues nor the politicians are willing to listen to him, and as election day draws near, Ulrik finds himself alone, battling against the powers that be.

Rasmus Heisterberg is on his own for the first time, but he has it In the Blood

Danish screenwriter, who has worked with Nikolaj Arcel since King’s Game, is directing his first feature

A Danish Conspiracy is now in Norwegian hands

Shooting from May in Germany, the third instalment in Zentropa Entertainments’ Department Q franchise will be directed by Hans Petter Moland

A Dreyer Award and a US thriller for Oscar-nominated Arcel

Sold to 76 territories before its local premiere, Nikolaj Arcel’s 18th-century love story registers one of the strongest-ever performances for a Danish film

While mingling with top Danish politicians in King's Game (2004), Danish director Nikolaj Arcel has gone to court and a couple of centuries back for A Royal Affair, his new feature starring Mads...

Truth About Men: A comedy about commitment

The Taormina Film Fest competition, currently in its 57th edition, has focused on the Mediterranean since Italy-based US film critic Deborah Young took over the reigns in 2007. A second...

From a short promo, Arcel’s A Royal Affair sold to US, Australia

Concluding principal photography after 40 days in the Czech Republic, Danish director Nikolaj Arcel’s A Royal Affair has been sold to the US (Magnolia) and Australia-New Zealand (Madman) through...

First Scandinavian VoD fest founded in the US

Oslo-based Nordisk Film & TV Fond has teamed up with the US VoD service eurocinema and cross-platform supplier Diva AG to create the first annual Scandinavian On-Demand Film Festival in North...

Two Zentropa productions – Lars von Trier’s Melancholia and A Royal Affair by Nikolaj Arcel – have each been awarded €600,000 in production support from the Council of Europe’s Eurimages.... 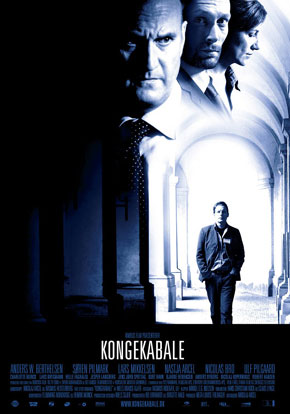