A comedy set in Ashdod, Israel. Grisha, has almost given up on his dream of opening his own restaurant and serving his specialty dishes. The sudden death of a rich uncle in Russia changes all that. The uncle bequeaths all his money to his only and beloved nephew, so that he may open a restaurant. The problem is that all his life, the uncle was a sworn Communist, and his condition for granting the inheritance is that the restaurant be dedicated the values of Communism. Grisha is indifferent to these values but accepts the condition- he wants to make his dream come true at any price and he's prepares to dedicate the restaurant to any ideology they tell him to - it really doesn't matter. This leads to conflict between Grisha and his father, a failed poet who blames everything on the Soviet regime back in the Old Country. Grisha can't find a bust of Lenin to adorn the dining area, a necessary condition for opening the restaurant. The search for the statue leads to a series of bizarre events and encounters with strange people. In the end, the heroes of the film will have to choose between their ideological beliefs and their values as human beings. 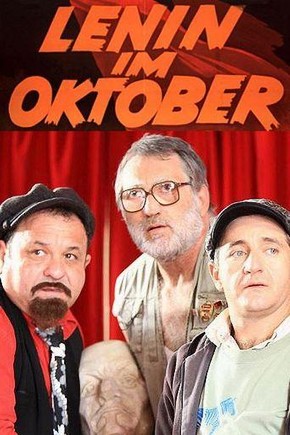