"If I saw someone else screaming like my mother, I would be sure that person was mentally disturbed, if it wasn't 100% authentic..." This is what Israel Meir says about his mother, Rabbanit Lea Kook, whose discourse, according to him, stems from absolutely authentic belief. The ultra orthodox community in general & its women in particular are extremely wary of media exposure. The film therefore provides a rare look into the lives of ultra orthodox women, their activities & their grasp of their identities. Tikkun portrays the phenomenon of the Rabbanit (the wife of a Rabbi) of Tiberius, Leah Kook, an orthodox leader followed by many Israeli women. This film is a vivid picture of the routines and customs of life in an ultra-orthodox household and introduces a very charismatic,yet highly controversial main character. Rabbanit Kook, a staunch believer in a prophecy the world refuses to hear, such an extrovert enthusiast that the filmmaker documented her intensively for two entire years. As the maker of the film disguised herself and became one of the members of the house she could explore the backyard of the scene. The surprising cooperation demonstrated by the rabbanit in making this film, and her agreement to such intimate exposure of her physical & spiritual world for two years were a form of "Tikkun" for her. By watching the Rabanit from almost no distance at all, one could reach a conclusion to the controversial attitude of the Israeli society towards Lea Kook: is she genuine or a fraud? 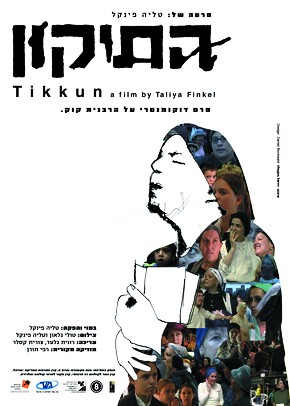