There has been no Catholic church in the Italian district of London since the only one was bombed during the Blitz. Guido Marchi, a journalist wishing it to be restored, decides to organize a show in which great names of the Italian opera will appear, deceitfully using Carlo Scala's restaurant as collateral to get the loan so as to organize the show. Despite formidable, self-interested opposition he will finally realize his goal. Moreover, he will manage to marry the one he loves. 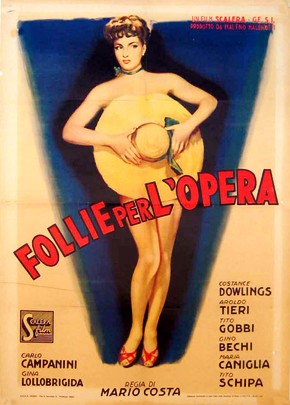 Crimes of the Future
by David Cronenberg
Cannes 2022 - Competition