When Danish filmmaker Lea Glob first met Apolonia Sokol in 2009, she appeared to be leading a storybook life. The talented Apolonia was born in an underground theater group in Paris and grew up in an artist community, the ultimate bohemian life. In her 20s, she studied at the Beaux-Arts de Paris, one of the most prestigious art academies in Europe. Over the years, Lea kept returning to film Apolonia as she sought her place in the art world, grappling with the agonies and joys of womanhood, the relationships with others and her own body and creation. 13 years on, the two women continue to reflect on each other's paths in this mesmerizing film about art, love, motherhood, sexuality, representation and how to succeed in a world dominated by patriarchy, capitalism, and war, without losing oneself.

In her fascinating IDFA winner, Lea Glob starts off with one portrait of an artist and ends up with two

The Danish filmmaker discusses her IDFA-winning documentary, centred on French artist Apolonia Sokol as well as on her own views of the current world

IDFA all ready to kick off

This year’s line-up, which includes 277 films, has been described by artistic director Orwa Nyrabia as “eclectic” and “united only by originality” 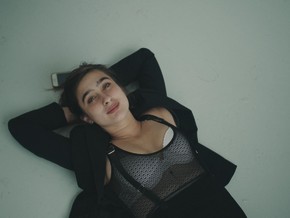 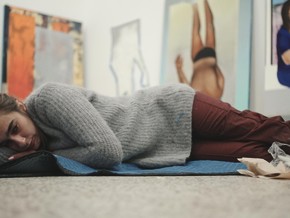