Martino is the night guardian of the Mole, the Turin Museum of Cinema. But for him it’s not just a job. From midnight on he considers himself the master of the place. He spends his life watching the old silent movies until day comes, and then retiring to an abandoned office in the building to spend the rest of the day. The Angel is a petty thief from the outskirts of the city. He likes cars and girls. This does not make Amanda, his girlfriend, very happy. She would like to lead a regular life and she works hard to leave her tough neighborhood, but she is afraid she never will. One day Amanda gets into trouble and, running from the police, finds shelter in the Mole. Martino and Amanda could not be more different. He is used to loneliness – and now he has to share his pad with a girl. On the other hand, she never thought a dreamland like the Mole could exist. Slowly, something happens between them. But then it’s time for the Angel to go find his girlfriend. Their lives tangle up like one of the silent dramas Martino is so fond of.

more about: After Midnight

A movie made out of silent images, dreams and feelings, and proofs of devotion and love for the cinema

He speaks 5 languages, he was a martial arts champion and the unusual western face of Hong Kong cinema. He made his debut in Italian cinema in 1998

The technological trickery of the cinema to come and the bewitching visions of the first moving images... Dopo mezzanotte Buster Keaton and high definition

After eight years, Alberto Castoldi is passing the baton to the independent director and producer

45th Parallel: cinema according to Ferrario

A metaphor for the balance and lightness needed for us to move through the world we live in like acrobats, the director explains

A musical set in prison with a digression on the passion of Christ. What sounds like folly is actually Tutta Colpa di Giuda (“All Giulia’s Fault”), the latest film by Davide Ferrario, a rigorously...

"It is a film in prison, not about prison,” says director Davide Ferrario of his new film, a “comedy with music”, which began shooting May 5. Libertà (“Freedom”) is in fact set in Turin’s Vallette...

“I’m not a traveller. The attraction for Primo Levi and his stories was so strong as to make me take off in his footsteps. I travelled with him for over 6,000 kilometres,” said Davide Ferrario,... 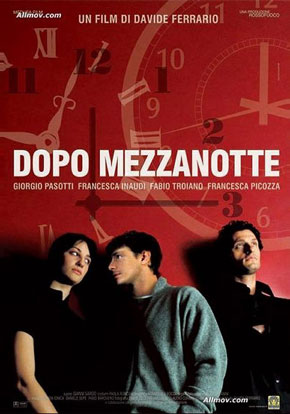