Trevor Reznik, a machinist, has lost the ability to sleep. But this is no ordinary insomnia. Trevor has not slept in a year. Fatigue has led to a shocking deterioration of his physical and mental health. Suspicious of his appearance, Trevor's co-workers first shy away from him, then turn against him after he's involved in a shop accident that costs a man his arm. They blame Trevor for the accident. He has become a liability to himself and others, and now they want him out.

more about: The Machinist

Cristóbal Arteaga’s debut work, premiered at Gijón, deals with the existential loss of direction in the stunning landscape of Galicia

"If they spend a quarter of an hour explaining what the film is about, I'm not interested&#"

Filmax, a recognised brand for genre cinema. Its director tells us what makes it work

New times call for new media. This appears to be the view of Spanish company Filmax, who have just launched Yodecido.com, an Internet distribution platform for film and music. Site users will be...

US giant Focus Features International announced at the recent Cannes Film Market that they have acquired the worldwide rights (except for Spain and the US) to Agora, the new work by Alejandro...

"A strong dose of adrenaline"

Julio Fernández has managed to build strong ties with Filmax, a production company behind many young directors and which in recent years has specialised in genre films

Several weeks ago, Sundance director Geoff Gilmore said: “The globalisation of independent cinema that people have been speaking about for years has begun influencing our competition as well”....

Madrid-based Filmax International has announced it will back the new project by Brad Anderson, Transsiberian, thus continuing a collaboration initiated with The Machinist, which the US-born... 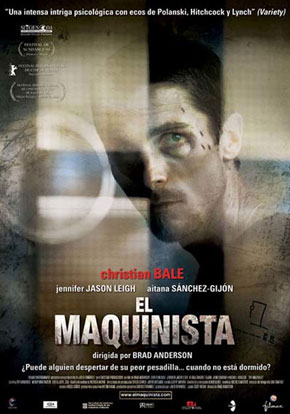