Five stories are tied together by an animated film. In 'The Ritual', a wedding party waits in suspense for the bride and groom. A young girl goes to the capital for the first time and has to master a difficult situation (Turkey-Girl). In 'Birthday', two children in the same city are born on the same day, but have no possibility of getting to know each other; a suicide counselor finds himself in an existential conflict when he attempts to master his own family situation after the death of his mother ('Shortlasting Silence'). Fabulous Vera: a streetcar conductor exceeds her authority and finally finds happiness.

more about: Lost and Found

They are young, gifted and promise to offer European film their flourishing talent. For the 15th year, the European Film Promotion turns the spotlight to ten new Shooting Stars, and will introduce...

From Slovenia to Turin

German cinema is particularly emphasized this year at the 16th Ljubljana Film Festival which starts today (10-24 November) with 17 German (co)productions. The 'Horizons' section includes no less... 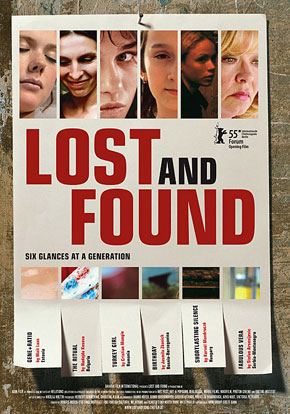