Based on actual events. A young Albanian immigrant boards an intercity bus on its daily route to northern Greece. Pulling out a gun and a grenade, he allows most of the passengers to leave, but he keeps seven of them hostage. demanding a ransom and safe passage back to his country. Throughout the journey, scattered flashbacks of those onboard reveal the complex web of guilt, secrets and regrets they cling to as they fear for their lives. Broadcast live on national television they are surrounded by a convoy of television crews, desperate relatives, by-standers and police cars. The bus crosses into Albania, and a nation holds its breath...

After a five-year absence from the big screen, acclaimed director Konstantinos Giannaris returns with the Panorama Special presentation Man at Sea. Starring Antonis Karistinos, the film follows a...

The Thessaloniki International Film Festival (TIFF, December 3-12) closed up its market on Monday and upped its status despite a heavily slashed budget. Set up in 2007, Agora, soon become the...

Day out for EU 27 on big screen

The third edition of Eurociné, an event supported by the Brussels Region, the MEDIA Programme and the European Commission, is today hosting a celebration of European cinema. This year’s edition...

Conscious of a need to demonstrate its desire for exchange and communication, the Flanders International Festival Film – Ghent, whose 32rd edition runs from 11 - 22 October, yesterday presented...

The selection of European Film Awards 2005

“Horizons” set to attract the crowds at Karlovy Vary

The official selection – competition is by definition the one to attract the attention of the media and the guests’ in a film festival. For “film hungry” Czech audiences though their own Karlovy...

The Cannes Festival already looks promising for Celluloid Dreams. With four features selected for the Official Competition in its line-up, the French foreign sales agency headed by Hengameh Panahi... 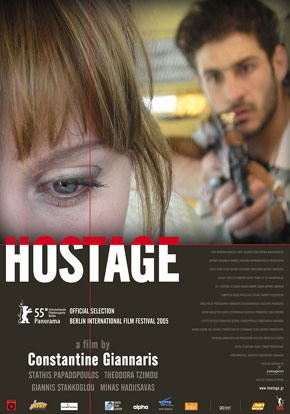