The paths of four characters will meet: a Scottish vicar, a French lieutenant, a German star tenor and a Danish soprano. On Christmas eve of 1914, they will be at the heart of a previously unheard of fraternisation between the soldiers of the German, French and British trenches. This nocturnal meeting will change the lives of the these four characters; nothing will again be as it was before.

An epic and humanistic voyage through history’s secrets. A director’s fight for mankind’s fraternization in the midst of the war between nations

Christophe Rossignon founded Nord-Ouest Productions in 1999 after working for Lazennec.He retraces the series of incidents which occurred during the financial arrangements and the shooting of the film

The Amazing Christmas of 1914

Rendez vous with a passionate director, who finds the best of the crop among events that have been hidden, and transmits them through emotions

Fabienne Berthaud wrapped up filming of his first English language feature with Diane Kruger as the lead. A Bureau Films production

The director of Joyeux Noel and Farewell is writing the script for his next film about the events of May 1940.

"A triple A mini-treaty"

"In the past, from the point of view of German producers, getting involved in a French film was considered too expensive, complicated and chaotic, not to mention the language barrier. The reverse... 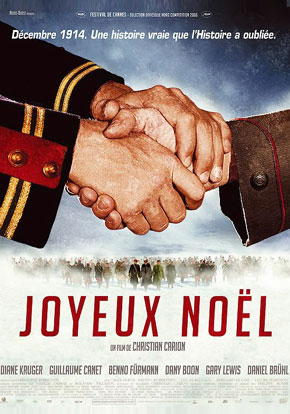