Alice, a child of two, mysteriously vanished from nursery school. Mario sets out on a single-minded search for his daughter. His method is very painstaking: so as not to miss any chance of picking up the child’s trace, he systematically screens and studies the video tapes recorded by the surveillance cameras situated around the city. Thousands of children’s faces are filmed, then photographed, blown up and pinned to Mario’s wall, in the hope that Alice’s face might appear.

Part of the Directors’ Fortnight programme, awarded the Jeunes Regards prize at the last Cannes Festival, an atypical production within the Portuguese cinema

The actor and the search for method

His performance in Alice reveals an actor in full command of his dramatic faculties, in a way hitherto unseen. Interview with an actor with a "shooting star" profile

Once upon a time in another Lisbon

Marco Martins, 33 years old, tell us about his first film, to be distributed in France and Portugal in the coming weeks. A film about loneliness, Alice offers a different view of Lisbon

Over 10,000 admissions were sold over the film’s opening weekend

"I wanted to give a face to the crisis"

VENICE 2016: Portuguese director Marco Martins talks about his experience of directing Saint George, which was unveiled in the Orizzonti section at Venice

Saint George: Fighting the crisis with your fists

VENICE 2016: Portuguese director Marco Martins, who was discovered at Cannes with his debut piece Alice, describes the financial crisis through a paradigmatic story about a boxer

The Portuguese director is heading back to the Lido with the story of an unemployed boxer who takes a job in an agency specialising in tough debt collection; Nuno Lopes plays the lead 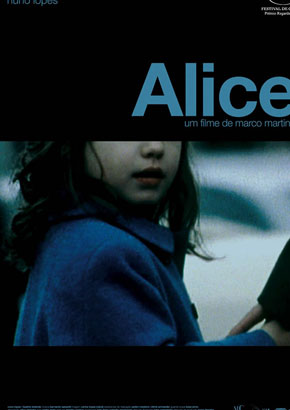