In 1975, Nicolas Philibert, young assistant director, contributed to the exceptional adventure of René Allio's movie: "I, Pierre Rivière, having slain my mother, my sister, and my brother"... Inspired by a true story that took place in Normandy, some hundred and forty years ago, this film owes its singularity and beauty to the fact that the members of the cast were farmers of the region. Thirty years have passed. Today, if some of them still live where the film has been shot, others have migrated at the other end of the world. As in an investigation, Nicolas Philibert will retrieve them, investigates their life and how their acting experience has deeply affected them.

more about: Back to Normandie

The audience award will be named after the late Canadian, while the French documentarian will attend an eclectic retrospective

How and why produce a documentary film? Serge Lalou, producer of documentaries for 26 years,describes the evolution of television and programming

A look at contemporary documentary cinema

L'ennemi intime and The Secret open on screens

This week’s releases are all about the past, with two local features dissecting the burden of history through very different genres. First up is Florent Emilio Siri’s L'ennemi intime (“Intimate...

Playing to its traditional strengths, the 51st edition of the Times BFI London Film Festival (October 17-November 1) boasts of a strong European selection as well as a range of home grown titles...

With 60 French productions programmed for release between the end of August and December 31, aside from the big releases (see news), all eyes are on mainstream films (especially comedies), which...

Philibert returns to his roots

Nicolas Philibert new documentary Back to Normandie screened out of competition to a packed theatre yesterday at the 60th Cannes Film Festival. After the phenomenal success of his previous film To...

Arte France Cinéma to the power of 10

The 60th Cannes Film Festival (May 16-27) has got off to an excellent start for Arte France Cinéma, who so far has 10 co-productions selected in the event’s various sections. Heading the list are... 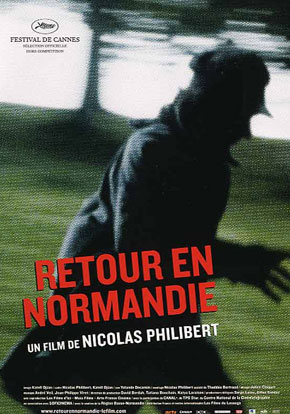