Roberto Leggio, Federico Greco and David Purvis are three young aficionados of H. P. Lovecraft, the renowned US author of horror stories. His dark and legendary prose had for years stimulated the minds of these three friends and compelled them to deepen their knowledge of the writer and the elements that inspired and fascinated him. Their interest could have stopped at mere (albeit somewhat morbid) curiosity if not for the fact that fate decided to step in. In July of 2002, Roberto Leggio bought a discarded English at an ordinary antiques stall in Montecatini. Leafing through it, he found a postcard signed "Grandpa Theo," one of the pseudonyms that Lovecraft used to sign his numerous letters. This sensational discovery opened the door to a series of revolutionary hypotheses, first and foremost the possibility that Lovecraft came to Italy in 1926 and that his most famous stories were inspired by the traditional legends of the Polesine "Filò."
In an instant, the three friends were infected by a kind of "fever." They had to know more and decided to make a documentary.

more about: Road To L.

H.P. Lovecraft - The Terror Within

A docufiction based on the possibility that H. P. Lovecraft came to Italy in 1926 and found inspiratión for his stories from the traditional legends of the Polesine región

The discovery of the manuscript

Roberto Leggio found the manuscript in July of 2002, among the pages of Emile Zola’s Joy of Life, acquired at a Montecatini antiques stall. The document was made up of forty pieces of cheap letter...

H. P. Lovecraft – The Terror Within has a very particular beginning. It began as an ordinary documentary on the possible ties between H. P. Lovecraft and the Polesine region, inspired by the...

Federico Greco’s name is connected primarily to one title: Stanley and Us, a documentary on Stanley Kubrick. But Greco is also, and above all, a journalist who "writes" with his camera

PIIGS: Fighting against the dogma of austerity 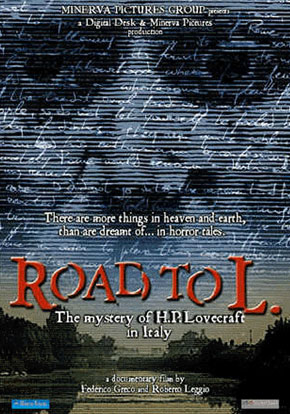