In 1978, Popeye, Gigi, Jérôme, Bernard, Nathalie, and Jean-Claude met on the Ivory Coast in a holiday camp. One year later, the friends met up again in Val d'Isère. Since Club Med and the skiing holiday, they’ve been in and out of touch constantly, stealing time together for holidays from their deadly dull civilian lives. For the last few years they’ve been getting together every summer at the Prunus Resort, a luxury seaside hotel run in a hit or miss fashion by Popeye and owned by his wife, Graziella Lespinasse, the heiress to one of the largest fortunes in Italy. So what has become of the Bronzés over the last 25 years? They’re just the same, but worse, comes the hasty reply.

Leconte talks about his collaborative project The Suicide Shop

The Suicide Shop by Patrice Leconte.

Tributes pour in after death of Christian Fechner

The death on Tuesday, November 25 of French producer Christian Fechner, at age 64, brought a flood of tributes yesterday from the highest echelons of the State as well as major representatives of...

2007 records overall decline though some surprises

In Belgium, the year 2007 saw a significant decline in admissions. With audience figures of 22.3m, the statistics reveal a 6.7% decrease compared to 2006 (23.9m admissions). However, figures have...

Falling by Barbara Albert (Austria) The Right of the Weakest by Lucas Belvaux (Belgium, see interview L’s Revolt by Kiran Kolarov (BU) Nynne by Jonas Elmer (Denmark) Beauty and the Bastard by Dome...

The 8th Printemps du cinéma, an annual three-day event organised by the National Federation of French Cinema (FNCF) and presided over by Jean Labé, kicked off yesterday. Until Tuesday, filmgoers...

French cinema has had a flamboyant year with the 4.44m admissions clocked up in three weeks by Luc Besson’s Arthur and the Invisibles, making it the seventh French title to join the 2006 Top 10.... 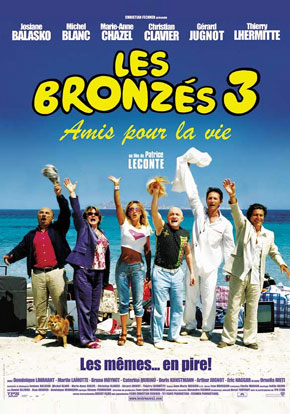