One day Kallmann wakes up and the world seems like another planet. He doesn’t understand a word anyone says, doesn’t know anyone and even his local railway station has shrunk. What he doesn’t realise is that it’s part of a practical joke played on him by Sebastian and Alex. They found the drunken street poet in front of the main station in Vienna, packed him in the boot of their car and dropped him off at a small Czech town station. But soon they too will start to have difficulties understanding the world around them.

Austrian film gets year off to good start

After a superb 2008 (see news), the interest shown in Austrian works at the start of 2009 by major international film events (including Rotterdam, Berlin and the Oscars) augurs well for the year...

Austria 2006 - Trouble in the Hothouse

The reputation of Austrian cinema today is unprecedented. After decades of struggling it has established itself as (what in festival and business lingo is called) a "hot spot" of international...

August Diehl is getting ready to head to the Colombian city of Cali for Tom Schreiber’s Dr. Alemán, which begins its shoot in early May. The German actor will play a young doctor who gives up the...

The 11 new releases out today feature four German productions and a co-production. One title expected to draw attention is Impossibly Yours by TV director Torsten C. Fischer, with the film...

The 10th Diagonale Austrian Film Festival (March 19-25) opens this evening in Graz with the screening of 42plus. The Dor Film production by Sabine Derflinger is the story of Christine (Claudia...

Twelve German productions and co-productions have been selected for the various programmes of the 31st Hong Kong International Film Festival (March 20-April 11). First up is The Big Sell-Out by...

Aborigines and Europeans win at Ghent

After ten days of festivities, a packed programme with over 200 films (see news) and the World Soundtrack Awards won by Spain’s Alberto Iglesias (see news), the 33rd Ghent International Film... 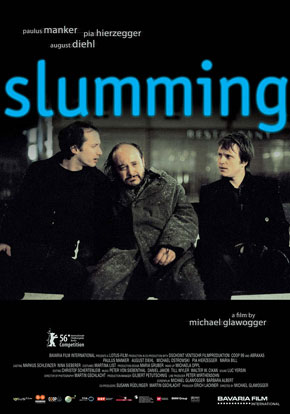