During the night of 12 July 2002, two brothers, Marco and Marcel Schönfeld, and their friend Sebastian Fink, fatally maltreated a 16-year-old boy named Marinus Schöberl. For hours on end the shaven-headed perpetrators beat their victim, a member of the HipHop scene with a tendency to stutter. The unbelievable cruelty of this “skinhead murder” as it was known, attracted media attention far beyond the immediate locale of the crime. Inspired by the kerb killing in the film American History X.

more about: The Kick

Twelve German productions and co-productions have been selected for the various programmes of the 31st Hong Kong International Film Festival (March 20-April 11). First up is The Big Sell-Out by...

Getting ready for the Lolas

After two months of deliberations, the Deutsche Filmakademie has finally announced its candidates for the upcoming German Film Awards, the Lolas. The 15-member pre-selection jury has chosen 24...

A total of 19 German and German-international productions are represented this year in various sections of the International Documentary Film Festival Amsterdam, of which six are in the...

Scandinavia looking forward to the third Festival of German Films

German Films Go North!, the successful festival of German films in Scandinavia, is on the starting block. It will be going north again for the third time. New German productions can be seen at the...

A total of eighteen German productions and co-productions will be shown in the various sections of the 44th Viennale (13-25/10/2006), Austria's largest film festival, recognised by the...

The Kick up against Brick and Crank

There are no less than 13 new releases today: four US films (including Brick and Crank), one Australian title and eight European features, among which four German titles. The Kick by Andres Veiel...

Documentary in all it forms at Visions du Réel

Starting next week, Nyon will welcome to the banks of Lake Geneva the Visions du Réel International film festival (April 24-30). As is the case for its Doc Outlook market, Visions du Réel is now...

The 12th edition of the Visions du Réel Festival, the world event for documentary filmmaking directed by Jean Perret, will be held in Nyon from April 24-30. Of the 160 films presented,... 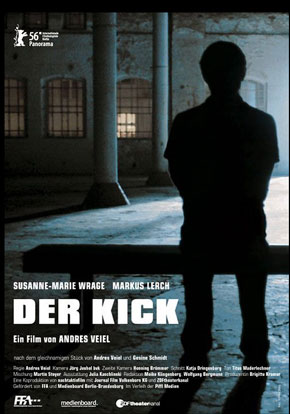