Fifteen-year-old Michael Polischka is thrown into a gritty urban world when his mother breaks up with her rich doctor boyfriend. With little money of her own, Miriam is forced to move them into a dumpy apartment in a rough ethnic neighbourhood, far from the posh suburbs they had grown accustomed to. Beatings and extortion by a gang of violent bullies makes public high school miserable for Michael. A chance meeting with urban crime lord Hamal and his henchman Barut end up turning Michael’s life around.

Detlev Buck gets out into the country with Wuff, now in post-production

The prolific actor-director is preparing a film shot in the middle of the countryside, revolving around dogs and men

This year’s iteration of the German festival showcased a wide spectrum of films, ranging from political documentaries to coming-of-age comedies

The German Federal Film Board grants production support to 12 features

The FFA is fostering 12 feature-film projects, including buddy comedies, biopics and bestseller adaptations, with approximately €3.5 million

A resistance fighter, a lonely woman and the fight against corruption for Beta Cinema

A comical adaptation in a colourful pop style

Audiences flock to The Reader

This weekend, German audiences flocked to cinemas to see Stephen Daldry’s The Reader, which earned UK actress Kate Winslet a Golden Globe and an Oscar this year. The German/US co-production –...

Journey continues for Buck and Kross in Same Same But Different

The 2006 Annual Report of the Medienboard Berlin-Brandenburg regional film fund, presented last Thursday, is more than positive. A total €26m was allocated to 245 projects for cinema and... 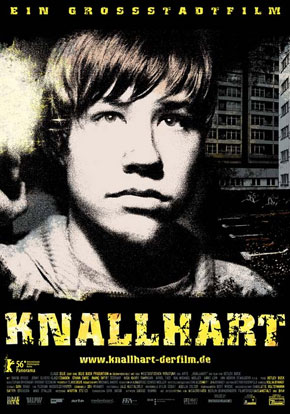