ASTERIX AND THE VIKINGS

The small Gallish village welcomes Goudurix, the bosse's nephew, and it is Astérix's and Obélix's task to make a man of him - a real one. Under his arrogant airs, this teenager who arrives from Lutecia is nothing but a big scaredy-cat and ends up in such a state of shock that he risks no longer being able to change himself... At the same time, the Vikings land in Gaul, intent on seeking out a "champion of fear" that could, as their magi has promised , teach them how to steal, since, according to him, "fear gives you wings". When Goudurix is kidnapped by the Vikings, chaos breaks out!

more about: Asterix and the Vikings

Focus on French cinema in Germany

The European Association of Animation Film has awarded its Cartoon Tributes at the ninth edition of Cartoon Movie in Potsdam (March 7-9). The most prestigious award, Best European Director of the...

Bird saviour and other releases

From being DoP to director, Hungarian István Szaladják covered all bases with his debut feature The Bird Saviour, Clouds and Wind (Madárszabadító, felho, szél), released last week in Hungarian...

There is good news for cinema attendance in France, according to the latest estimates published by the Centre National de la Cinématographie (CNC). From January through May of 2006 the market...

French animated film is the main theme at the 30th Annecy Film Festival, which closes on Saturday. Kicking off on June 5, the event features 231 films (features, shorts, and industrial,...

It has been a good year for box office figures in France, with 20.56m tickets sold in April – an increase of 31.6% compared to the same period in 2005. According to figures published yesterday by...

Three majority French productions open in France today on 600, 520 and 385 screens, respectively: Asterix and the Vikings, Tiger Brigades and Cabaret Paradis get out their weapons to compete with...

The Beat That My Heart Skipped, Elementary Particles, Crime Novel, Gabrielle, Le couperet (lit. "The Blade"), The Last Mitterand, Asterix and the Vikings: screen adaptations of novels and cartoons...

This week will clearly be the week of Belgian talent. The star of the day is Johnny Hallyday, the undisputed and indisputable star of France’s rock scene for 30 years, who is making a spectacular... 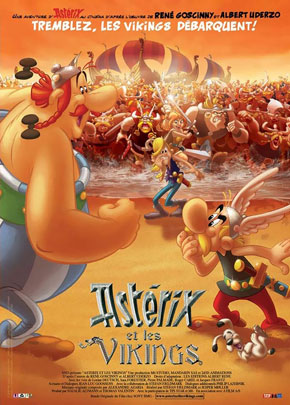