A french trio arrive in Tbilisi to gain ownership of an unlikely inheritance of a castle. Accompanied by their interpreter, the three meet on a bus that drives them to the mountains, where an old man and his son are transporting an empty coffin. The two men visit an old enemy clan where the grandfather has to be sacrificed in order to end the rivalry between their families. Armed with a camera, the trio decides to interfere in the settling of scores.

The Legacy: A journey towards destiny

An old man and his grandson travel with an empty coffin across Georgia. Gela Babluani, a 28 year-old Georgian living in Paris (where he founded the Les Films de la Strada production company)...

Unifrance, the international promotional agency for French cinema, is stepping things up a gear on British territory with A Rendez-Vous with French Cinema, which kicks off in London on Thursday. A...

After winning the 2006 Grand Prize in the World Competition section at Sundance 2006 for his debut feature 13 (Tzameti) (see Focus) – which recently opened in Spain – young Georgian-born French...

The Grand Prize winner of the 2006 Sundance Film Festival with 13 (Tzameti) (see Focus), Gela Babluani will be back in competition at Park City in 2007. In the World Cinema section of the US event...

Wave of French films in the Eternal City

With over 20 French (co-)productions selected for the first edition of the RomeFilmFest, French cinema is the leading partner at the Italian event, which takes place from October 13-21 in the...

All the films in the programme

Below is the list of all the films that will participate in the various sections of the RomeFilmFest (October 13-21). Premiere Section Alatriste, Agustin Diaz Yanes (Spain) The Stone Council (Le...

The festival belongs to women

There will be 20 female directors throughout the various sections (four of which are competition) of the International Rome Film Festival (October 13-21). This is a true record for an event that...

L’héritage to compete at Rome

The first edition of the Rome Film Festival (October 13-21) – which will unveil its programme on Tuesday – is to feature in competition, according to our sources, L'héritage (lit. “Inheritance”),...

One President and some Europeans

Italy, Germany, the UK, Spain, Bosnia-Herzegovina and France: European films are out in force today on French screens, with no less than nine features out of 11 new releases. ID Distribution are... 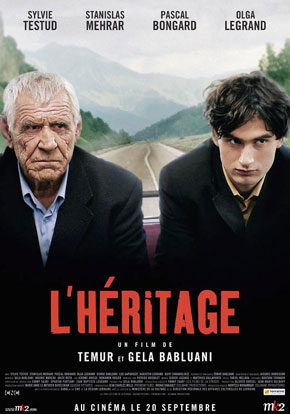