From the mysterious murder of Colonel Duplan, the story of Guy Rossi, who served under Duplan’s command during Algeria’s war of independence in 1956. From Rossi’s diary, which was anonymously delivered to the French Minister of Defence, there starts an investigation on the young man, who was officially declared "missing in action" at the time. This subsequently brings to light crimes and atrocities committed in Algeria during those years, which were marked by the torture of Arab prisoners and terrorist attacks against the French. Based on the homonymous novel by Francis Zamponi/

more about: The Colonel

The way to reopening the debate in France on Algeria’s war of independence was paved last year at Cannes by Michael Haneke’s Hidden. The topic was touched upon again today at the RomeFilmFest...

Sunday marks the beginning of lensing in Grenoble on Sur ta joue ennemie (“On Your Enemy’s Cheek”), the feature debut from renowned documentary director Jean Xavier de Lestrade, who won a 2002...

European talents on show in Brussels

For the fifth year running, the Belgian capital will be hosting the Brussels European Film Festival (June 29-July 7). The festival is devoted to debut features by young European directors, while...

Europe behind My Colonel and The Stone Council

Up against four US productions, including heavyweights Borat and Babel, European films are depending on co-productions and diversity to fare well in French cinemas, home to fifteen new releases...

The 28th Montpellier Mediterranean Film Festival ended yesterday with the 2006 Antigone d’Or for Best Feature going to Croatian film Put Lubenica by Branko Schmidt, the tale of a smuggler working...

Four aces and a wealth of talents for Pathé

Wave of French films in the Eternal City

With over 20 French (co-)productions selected for the first edition of the RomeFilmFest, French cinema is the leading partner at the Italian event, which takes place from October 13-21 in the... 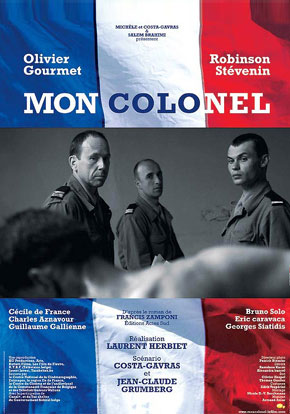