Santiago is an actor in a hit vaudeville revue. Long-separated, he lives with Ana, a supporting actress with the same company. One night his son Guillermo bursts into the flat, thrown out by his mother after another of their endless fights. Thirty-year-old Guille has started to study several times and dropped out each time, never having done a day’s work in his life, but he’s a seducer and plans to continue getting by as he can. However, his father fails to see the funny side of the situation...

“My generation is battling against an absurd reality”

Víctor García León is presenting the entertaining, but at the same time critical, Selfie in the Official Competition section of the 20th Málaga Film Festival

Finishing touches being put to No sé decir adiós

The post-production of Lino Escalera’s feature debut, a moving family drama starring Lola Dueñas, Juan Diego and Nathalie Poza, is due to wrap in the next few days

While Fernando Trueba is getting ready for the world premiere of his highly-anticipated new feature, The Dancer and the Thief, at the San Sebastian Film Festival, his son Jonás is making his first...

The ICAA (Film and Audiovisual Arts Institute) – which is dependent on the Spanish Culture Ministry – began the new year by opening the 2009 funding competition for the amortisation of features,...

Trends in Spanish cinema will be in the spotlight at the 12th edition of Cinespaña, which opens today in the south-east French city of Toulouse and is the most important event dedicated to Spanish...

All eyes were on Spain this year at the 24th edition of EuropaCinema (May 2-6), which ended in Viareggio (Italy) with Bigas Luna’s Yo soy la Juani. The international festival of European cinema,...

Spring brings with it the return to Rome of independent cinema and the sixth edition of the Rome Independent Film Festival (RIFF), to be held from from April 13-19 and dedicated entirely to...

Volver and Pan's Labyrinth shine at the Goyas

Pedro Almodóvar's Volver (see Focus), with its five awards, and Guillermo del Toro's Pan's Labyrinth with seven, were the top winners of the 21st edition of the Goya Awards. Alatriste, nominated...

Fifteen nominations for Alatriste and fourteen for Volver (see focus): the most successful local productions of the year in terms of box office are also the favourites for the Spanish film awards,... 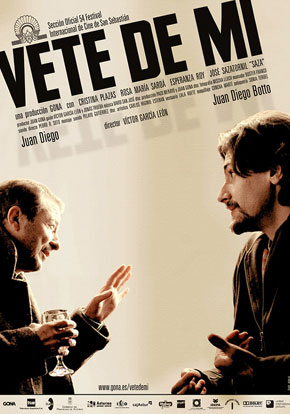