Nicolas Bro reigns supreme in the role of Nicolas Bro – a man intent on making a film about himself. His friend Christoffer Boe lends him a camera and tells him to record everything, a remark which Bro takes a little too literally. His constant filming succeeds in driving both his wife Lene and his friends nuts, and when Lene finally calls it a day and moves to Berlin, Nicolas – driven by the thought of getting her back and filming the entire process – begins his inevitable descent into disintegration. His self-monitoring is so hair-raisingly private (and creepy!) that it becomes impossible to separate fact from fiction.

A tantalising programme is on the cards for the ninth edition of the festival, which will unspool in Lille for the first time from 27 April-5 May

CANNES 2017: Christoffer Boe will direct Zentropa’s fourth instalment in the thriller series, which has so far sold 2.2 million tickets in Denmark

Hastily labelled “the next Lars von Trier” after the Golden Camera and the Prix Regards Jeune for best first feature went to his Reconstruction at the 2003 Cannes Film Festival, Danish filmmaker...

To celebrate Europe Day on Sunday, May 9, French network UGC will show 27 films from 27 EU countries, which viewers will be able to discover at the one-off admission price of €5 per screening in...

Two very different Danish films on the Afghan war will be seen at the upcoming Cannes Film Festival (May 12-23). Janus Metz’s documentary Armadillo, selected in the International Critics Week...

The Un certain regard section at the Cannes Film Festival presented the unusual Thai/UK co-production Soi Cowboy on Friday. The film is the second feature of the young British director Thomas...

The 14th edition of FANT – Bilbao Fantasy Film Festival – one of the most important events for enthusiasts of this genre in Spain – is currently underway (May 8-16). The official competitive...

With a slate that includes a Hungarian, a UK and a Swedish director, Franco-German international sales company The Coproduction Office will fly the European flag as it showcases three young...

"Directors should have something at stake" 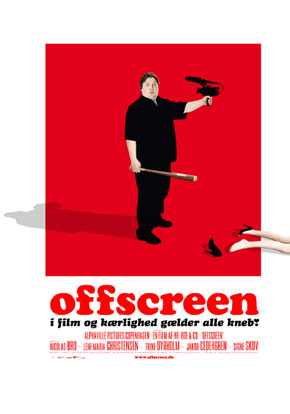