A young prison officer has the task of deciding whether inmates are allowed temporary release from jail, due to particular personal circumstances. In the course of one such assessment, the young man is shocked to discover that the inmate he is interviewing is apparently his long lost father. The father is a gangster who is imprisoned for murder and the prison officer is torn by mixed emotions as to whether to reveal the truth and try to build some form of new relationship with his missing parent. Although there are undoubtedly some prison genre crime movie elements to L'aria salata, this is not in any sense a clichéd thriller, rather a subtly nuanced, confidently realised and superbly performed drama about father and son relationships in extreme circumstances. So, when the prison officer makes the decision, against the wishes of the rest of the family, to engage with his father, the results are by turns rewarding, frustrating and emotionally challenging. A small but perfectly moulded story that marks a confident debut for its director and a reward for those who discover it.

When the years pass in prison, they traverse several generations, acting like the sea air, which covers everything it touches with a strange layer of rust. And they suffocate vitality. This is the...

Castellitto searches for son, and himself in Keep Up Your Head

With his second film (and second time in competition at the Rome Film Festival), after the superb The Salty Air, Alessandro Angelini confirms his talent and sincere, original perspective with...

With 10 out of 14 titles in the official selection, Europe dominates the competition of the 4th Rome International Film Festival, which this year has done away with the Anteprima section and...

Shooting kicks off today in Taranto on Alessandro di Robilant’s Mare piccolo (“Small Sea”), a story of pain, love and hope in the Italian city "of two seas". Production will last six weeks....

Appointment in Algiers for Italian cinema

Five features and two shorts – the most recent and representative Italian production of the past year, ranging in genres from comedy to social activism and drama – will screen from tomorrow in the...

After London and Berlin, the third edition of Up and Coming Stars, the event organised by Unifrance to promote young French film talent outside their home country, is being held at the...

"I dream of a cinema not made only of money," said an inspired Raul Bova while receiving a Golden Globe for his performance in a small but beautiful film, Io, l'altro, which also marked his first... 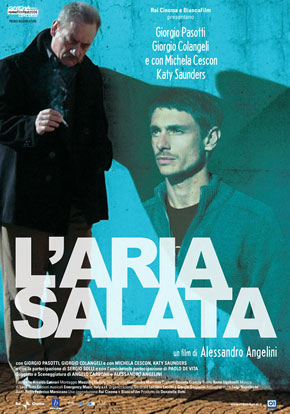