Julien works in a bookshop in the provinces, writing and dreaming of being published. But the strange consequences of a meeting with Judith Zahn, a redoubtable Paris editor will change his destiny. Julien will find himself by chance in possession of the secrets notebooks of the father of the editor with whom the latter had a love-hate relationship. Becoming the official lover of the terrible Judith, Julien will use these secrets, which do not belong to him, to write a novel in secret. Discovering the manuscript, Judith, feeling betrayed, reproaches Julien for having pretended to love her, but accepts to edit the book as it could become a success, all the while preparing her vengeance against the young and ambitious writer.

The actress will begin shooting soon; she will be joined by Edouard Baer and Bulle Ogier in the cast of the film, which is directed by Benoît Graffin and produced by EDI

Viard and Accorsi get Baby Blues

Saga Blanchard – the producer behind Lola Doillon’s acclaimed Cannes entry Just About Love? (see article) – is currently preparing for this autumn’s shoot of Baby Blues, the third feature by Diane...

A week of French cinema in Berlin

Opening today, the German capital is hosting the 7th French Cinema Week (June 14-20) in two Berlin theatres: Cinéma Paris and Filmtheater am Friedrichshain. The event – which this year is focusing...

Three weeks after its Berlin screening, Olivier Dahan’s La Vie en Rose will open the 12th Rendez-Vous With French Cinema Today at New York’s Alice Tully Hall on Wednesday, in the presence of the...

Six million flock to Arthur and the Invisibles

In only seven weeks in cinemas, Luc Besson’s animated film Arthur and the Invisibles has hit the 6m admissions mark. Grossing €35.6m in France, the feature finished in fifth position in the weekly...

Released today on 495 screens through Gaumont Columbia TriStar, crime dramaHave Mercy on Us All by Régis Wargnier is heading the bill among 12 new releases this Wednesday, eight of which are...

French films get off to flamboyant start in 2007

A gala opening is on the cards for French films in 2007 with several well-known directors making their return to the big screen. Régis Wargnier will be making his debut in the crime drama genre...

Catherine Corsini: "I depict a love that makes people cry and laugh"

"I’d like to make audiences laugh while at the same time try and tell a deep story", said French director Catherine Corsini when presenting her out-of-competition film Ambitious at the... 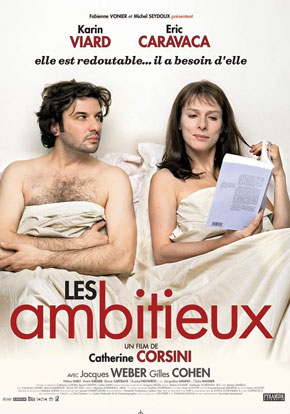