A serial killer leaves a bloody trail across Marseilles. Louis Schneider, a cop for the SRPJ (French Judiciary Police Regional Service), leads the investigation despite his alcohol problem and the ghosts of his past . The past also comes back to haunt Justine. Twenty-five years earlier, her parents were brutally murdered by Charles Subra. Schneider was the one who arrested him at the time. But today, owing to prison sentence reductions and good behaviour, Subra is released from prison. This early release thus reunites Schneider and Justine, two people who try to survive the drama of their lives.

more about: The Last Deadly Mission

Olivier Marchal creates a dark and very effective crime film following in the dangerous footsteps of a group of policemen in Marseille’s anti-gang unit, landing directly on Netflix

Benoît Magimel and Laura Smet star in a film centering around "the scam of the century". A Les Films Manuel Munz production

"A very attractive diversity for buyers"

Interview with the head of international sales at Gaumont, who gives an overview of the international film markets’ state of health and a close look at the assets in her company’s line-up

A Gang Story: “Lots of emotion, blood and tears”

"I didn’t want to glorify gangsters at all, but on the contrary show that this sacrosanct virile friendship is nothing more than an illusion…I want to show that gangsters end up either dead or in...

Auteuil stars in shipyard-set Blood From a Stone

Shooting will start on January 4 in Seyne-sur-Mer in Provence on Jacques Maillot’s third feature: Blood From a Stone. The director’s previous film, Rivals, attracted 528,000 viewers in France in...

Longing for a child in Burning Desire

The 16th Oldenburg International Film Festival (September 16-20) closed yesterday after hosting over 15,000 viewers and showing 76 films from 20 countries in its ten sections. At the closing...

With almost 1m admissions in France since its release on March 12, Olivier Marchal’s MR 73 will hit Italian screens next Friday. Medusa is distributing on 200 screens the last instalment of a noir...

Record in sight for Land of Shtis

Dany Boon’s comedy Welcome to the Land of Shtis is now almost certain to earn the title of best-performing domestic film of all time. Having reached 16.7m admissions after five weeks on release,... 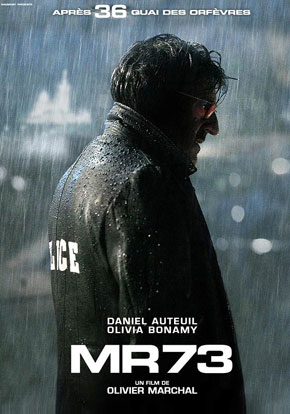