After years of separation, 15-year-old Sebastian suddenly appears on his father Marcel's doorstep. Sebastian's pregnant mother wants him to live with her and her West German boyfriend in a pleasant but dull Berlin suburb. Decidedly averse to the idea, Sebastian has come to seek refuge in his father's dilapidated apartment in Prenzlauer Berg. However, Sebastian's father - an unemployed country music fan - has quite enough problems of his own. After things went belly up in the electrical business and he was forced to close shop, he has been trying to find work in the security trade - without a shred of success so far. Sebastian soon realizes that what his father lacks is the right marketing strategy. Immediately, he sets about coaching his dad for the next interview....

Germany is flying its flag high this week, with four new domestic releases up against five non-European titles and one French production. X Verleih is releasing And Along Come Tourists (see...

Yella gets ball rolling at Ludwigshafen

"I have total control of my films"

Fifty European releases in first half of 2007

French distributors are releasing approximately 50 European productions (not including French films, see news) in the first half of 2007. The programme promises to be one of quality and diversity... 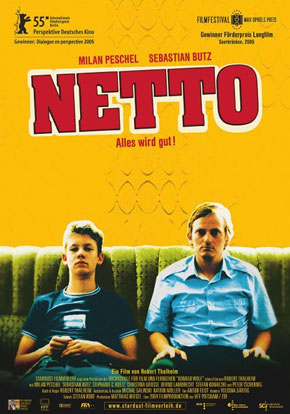