Eduart, a young man who was brought up in a hard and oppressive family environment, leaves his country with the dream of becoming a rock singer and living a different life. The impulsiveness and the passions of his age lead him to an extreme crime: One night, with the ease of a man with no moral principles, he commits murder. Pursued by everyone, including himself, he is imprisoned under unbelievably harsh conditions. His acquaintance with a German doctor brings to the surface the guilt that was hidden deep inside him. Eduart confesses his crime and his deep remorse leads him from darkness to light. Like a modern-day Raskolnikov, he passes from crime to “punishment”, daring to cry out his guilt.

The event is rare enough to deserve mention: two Greek features are released on French screens in the space of only two weeks. After Panos H. Koutras’ A Woman’s Way (launched by Memento Films...

For the second year in a row the European Film Promotion is working with three cinemas from three European cities to present Picture Europe! The Best of European Film. The event consists of a...

24 German films and co-productions were selected at the 31st Göteborg Film Festival (January 25-February 4), which opened last Friday. The sidebar entitled First Cut is presenting The Heart is a...

The second edition of the EFP event Picture Europe! The Best of European Cinema will open in Munich on February 21 with Claude Miller's latest film, A Secret. The French director will attend the...

This weekend, Eduart (Entoyapt), the third feature by Greek director Angeliki Antoniou, won top honours at the 29th edition of the Mediterranean Film Festival in Montpellier. The Greek nominee for...

Having opened last Friday with Emir Kusturica’s Promise Me This, the 29th edition of the Mediterranean Film Festival in Montpellier will be in full swing until November 4. The programme features...

The Seville European Film Festival (November 2-10), which has received an organisational re-launch in the past two years under the direction of Manuel Grosso, is featuring a number of German...

The European Film Academy has announced the 42 films which are part of the selection list for the European Film Awards 2007. In contrast to other years, none of the big film countries have more... 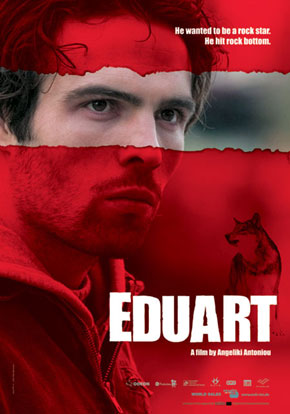