The story of the great Harry Houdini as he arrives in Edinburgh for the grand finale of his world tour in 1926. While his ingenious near-death escape stunts enrapture audiences, Houdini is more intrigued by notions of the afterlife. He offers a prize to anyone who can contact the dead and reveal the last words uttered by his dying mother. Mary, a struggling Scottish psychic, and her nine-year-old daughter Benji hear of the offer and decide to out-con Houdini. Instantly bewitched, Houdini is convinced that Mary is who he’s looking for. Mary soon finds herself seduced by Houdini’s charms and drawn into his world of illusion and dark secrets. As the stakes increase, it soon becomes a question of who is out-conning who?

Ronan to be Wright’s Hanna

BAFTA-winning British director Joe Wright is all set to reunite with 15-year-old Atonement star Saoirse Ronan for Focus Features’ Hanna. Ronan will play a 14-year-old East European girl who is...

Films screening only at the Cannes Film Festival Market had a very difficult time, with a few exceptions such as Nordisk’s family thriller The Substitute by Ole Bornedal, sold to six territories... 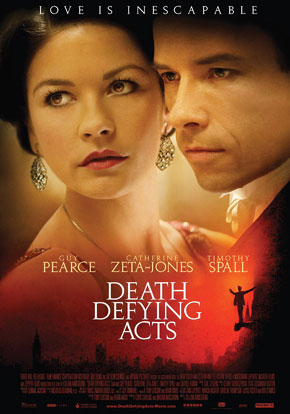