Police inspector François finds out that his brother Gabriel is being released from prison after doing ten years for murder. The reunion between the cop and his older brother is a delicate one. They nevertheless try to put the past behind them: Gabriel is eager to re-integrate into society and François does his best to help him. However, reality and old demons quickly catch up with them.
An adaptation of Michel and Bruno Papet’s autobiographical novel Deux frères: flic et truand.

Used to comedies, the actor delves into a drama directed by Christophe Lamotte and handled by Hugo Productions with Belgium and Luxembourg

Amongst the new releases this week, the competitor from Cannes A Castle in Italy, the poetic Attila Marcel and the surprising Jasmine

François Cluzet returns to the big screen with 11.6

The actor gives his latest performance in Philippe Godeau’s film, which tells the story of the appropriation, in 2009, of €11.6 million by a security van driver

Will Mathias Schoenaerts return to the Oscars?

Young Flemish filmmaker Tom Van Avermaet’s Death of a Shadow, a film produced by Serendipity, is one of 11 shorts pre-selected for the Oscars

Marion Cotillard joins the director of A Separation’s French project and Nicole Kidman will play Olivier Dahan’s Grace of Monaco.

The French star has come back as a hounded company manager in Blood From a Stone before putting his director’s cap back on.

Shanghai-Belleville gets to heart of Chinese illegal immigration in Paris

The final leg of shooting is underway on the debut narrative feature by Show-Chun Lee: Shanghai-Belleville. A renowned visual artist, the France-based Taiwanese director worked as an assistant to...

Auteuil stars in shipyard-set Blood From a Stone

Shooting will start on January 4 in Seyne-sur-Mer in Provence on Jacques Maillot’s third feature: Blood From a Stone. The director’s previous film, Rivals, attracted 528,000 viewers in France in... 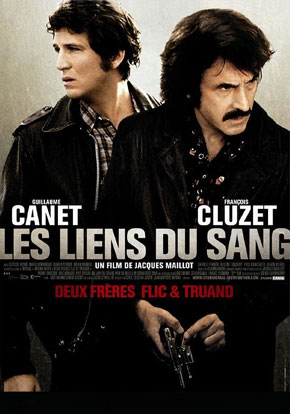